The City of Palmdale awarded the pedestrian & traffic enhancements in order to provide the nearby schools and parks a safer environment. This intersection had only stop signs but not everyone pays attention to the stop sign, in order to control the flow, the City implemented this plan.

Our company was contracted to replace the stop signs by furnishing and installing traffic signals at all 4 corners including the island at the fork. We installed a CCTV Camera so that the police department could view and detect the pedestrian & traffic passing along at this street and therefore change the flow, if need be. A broadband radio was installed to communicate from this intersection to an existing intersection, so that traffic could be watched and both intersections could speak to each other to further guide the timing of those intersections and work together. 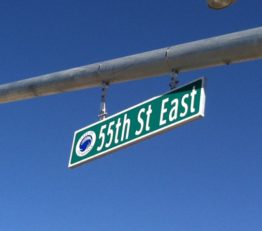 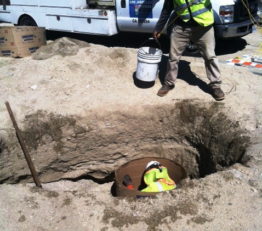 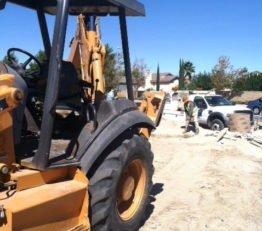 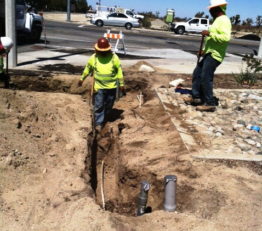 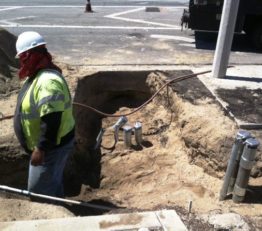 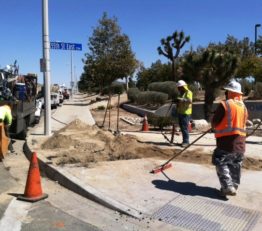 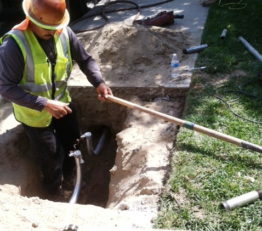 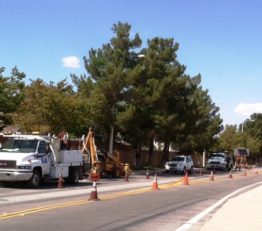 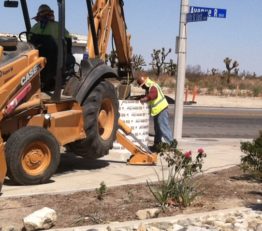 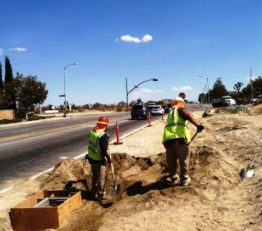 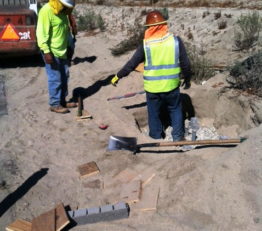 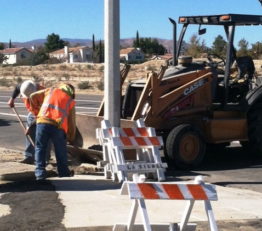 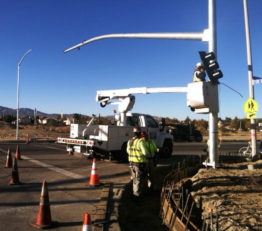 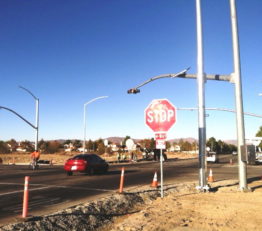 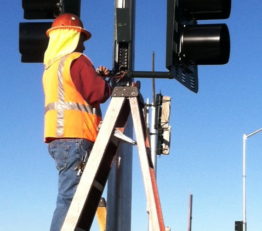 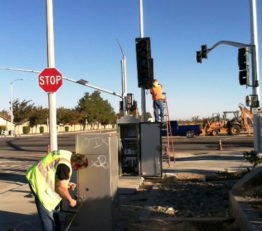